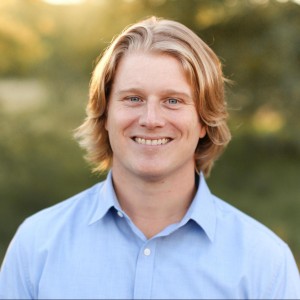 HHS is taking new steps to strengthen the integrity of special enrollment periods (SEPs) and to simplify rules for the Consumer Operated and Oriented Plan (CO-OP) program to allow them to more easily raise capital. These changes were instituted in order to improve stability in the Health Insurance marketplace and help consumers’ access to quality, affordable coverage.

While SEPs provide a critical pathway to coverage for qualified individuals who experience qualifying events and need to enroll in or change qualified health plans (QHPs) outside of the annual open enrollment period, it’s equally important to avoid SEPs being misused or abused. As it announced today, HHS is tightening the rules for certain special enrollment periods and making clear that SEPs are only available in six defined and limited types of circumstances.

New rules limit the circumstances in which someone may qualify for the permanent move SEP to ensure consistency with the original purpose of that SEP. An Interim Final Rule with Comment (IFC) published in the Federal Register provides that individuals requesting a “permanent move” SEP must have minimum essential coverage for one or more days in the 60 days preceding the permanent move, unless they were living outside of the United States or in a United State territory prior to the permanent move. This ensures that individuals are not moving for the sole purpose of obtaining health coverage outside of the open enrollment period.

Finally, clarified in separate guidance that SEPs are only available in six defined and limited types of circumstances: (1) losing other qualifying coverage, (2) changes in household size like marriage or birth, (3) changes in residence, with significant limitations, (4) changes in eligibility for financial help, with significant limitations, (5) defined types of errors made by Marketplaces or plans, and (6) other specific cases like cycling between Medicaid and the Marketplace or leaving Americorps coverage.

The IFC also makes several changes to the regulations governing the CO-OP program that are intended to enhance the ability of CO-OPs to attract investors and develop new relationships that we anticipate will support their short and long-term financial viability. These changes enhance the ability of CO-OPs to enter into new affiliations or capital transactions with other entities in a manner common in the private sector, while preserving the fundamental member-governed nature of the CO-OPs. We encourage CO-OPs to actively consider seeking additional sources of funding as they plan for the year ahead.

The IFC also provides clarity regarding compliance with the requirement that at least two thirds of the plans issued by a CO-OP be QHPs in the individual or small group market. The rule clarifies that, if a CO-OP temporarily fails to meet the standard in a given year, HHS would not necessarily require early loan repayment as long as the CO-OP is in compliance with any applicable requirement to offer silver and gold plans, has a specific plan and timetable to meet the two-thirds requirement, and acts with demonstrable diligence and good faith to meet the standard. A CO-OP must ultimately come back into compliance with the two-thirds standard in future years.

Finally, the IFC provides clarity relating to the prohibition on a CO-OP converting or selling to a for-profit or non‑consumer operated entity. The question has arisen as to whether the sale or conversion of policies to a non-CO-OP issuer in connection with the wind-down of a CO- OP is prohibited. If a CO-OP is out of compliance with this provision, the CO-OP will cease to be a qualified non-profit health insurance issuer, and certain rights under the CO-OP Loan Agreement will become available to CMS, including the right to accelerate repayment of the loans or terminate the Loan Agreement itself. However, in the appropriate circumstances, to preserve coverage for enrollees upon insolvency of the issuer, notwithstanding those remedies, HHS recognizes that a CO-OP could elect to enter into such a transaction. Any sale, conversion, or other change to contract terms with cost implications to the government would be reviewed by CMS prior to implementation. Health Insurance for Your Family

Why Are Some Medicare Advantage Plans “Free”? Shingles Vaccine and Medicare-Is it Covered?