New failures are piling up among the member-run health insurance co-ops carrying out one of the Affordable Care Act’s most idealistic goals, leaving just seven remaining when the health law’s fourth enrollment season starts in the fall.

The public knows them as co-ops. They’re officially called consumer operated and oriented plans in the health law. Eleven are still in business, but four in Oregon, Ohio, Connecticut and Illinois will disappear by fall due to financial insolvency.  Oregon’s Health Co-Op and Connecticut’s HealthyCT were told to close by their state’s regulators last week. Tuesday, the Land of Lincoln Mutual Health Insurance Co. in Illinois was ordered to close by state regulators.

For the rest — which all posted annual losses in 2015, according to the National Alliance of State Health Co-Ops — survival is job No. 1. Some are diversifying to serve larger employers, no longer limiting themselves to their ACA mandate to offer health plans to individuals and small businesses. A Maryland co-op has sued the federal government to avoid paying millions of dollars to other insurers under the ACA’s complex formula to keep premiums stable by balancing risks among insurers and helping ailing ones. Other co-ops are trying to renegotiate contracts with hospitals and other providers.

A year ago, when more than 20 co-ops were up and running, about 1 million Americans were insured through these plans. By contrast, the alliance says the seven co-ops that will remain in 2017 have about 350,000 members. Their supporters continue to tout them for cost-effective coverage, pointing to sources such as a recent report by the Government Accountability Office that found co-ops’ average monthly premiums in 2015 were below the averages for other plans in most areas.

“They are not essential for the success of the Affordable Care Act, but they do offer an important alternative to commercial insurers,” said Timothy Jost, a law professor at Washington and Lee University in Virginia and an expert on the health law.

Operated as nonprofits and seeded with federal loans, co-ops were conceived as an alternative to commercial insurance. Co-ops’ members serve on the board. Advocates envisioned co-ops spurring competition by giving Americans a way to buy health insurance from companies with a strong consumer focus.

But many struggled early — and their problems became part of the highly politicized debate over the law on Capitol Hill. Either they increased enrollments too fast, and then could not keep up with rising health costs, or they could not gain enough members to help spread their costs.

Shortfalls in anticipated levels of federal funding contributed, too. At the end of 2014, for example, insurers got blindsided when money they had counted on to offset losses was cut sharply from the ACA’s risk corridor program.  That program transfers funds from participating insurers with high profits to those with high losses. The move disproportionately hurt small insurers, according to the nonpartisan Commonwealth Fund.

For the 2017 enrollment season, most co-ops have proposed increasing premiums, often by at least 10 percent. But raising premiums is only part of the solution.

It has 80,000 members, about 60 percent of the Obamacare marketplace in the state. But the co-op estimated it has less than 5 percent of the market when large employers are included, a group it now will court for new customers.

Maine Community Health is on track to make money, but not until 2017, said CEO Kevin Lewis.

New Mexico Health Connections, a co-op with 47,000 members, is seeking to raise money from investors, which the Obama administration only recently allowed co-ops to do, said the CEO, Dr. Martin Hickey. It’s also adding larger employers and labor groups, including some teacher unions, to its client base.

“The only way to survive is to diversify,” Hickey said.

Montana Health Co-Op, which has about 35,000 members in Idaho and Montana, is focused on holding down administrative costs. It has about 20 full-time employees and hasn’t replaced some that left. “Some people we had during our startup mode we figured we can now work without them,” said spokeswoman Karen Early.

Montana Health, which lost about $40 million in 2015, also has requested an average premium increase of 21 percent in Idaho for next year and 22 percent in Montana, she said.

Maryland’s co-op, Evergreen Health, is challenging the federal government’s decision last week ordering it to pay $24 million to other state insurers whose members had higher health risks in 2015.

In addition to the health law’s risk corridor program, which partially reimburses insurers for extreme losses, another provision requires insurers to make payments to competitors with sicker and costlier members. That is a sore point for Evergreen. The co-op, which has about 40,000 members, sued the government in June, alleging that the risk-adjustment system is flawed because it does not adequately measure risk. The lawsuit is pending in federal court and a decision is expected this summer.[/fusion_builder_column][/fusion_builder_row][/fusion_builder_container] 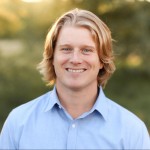